“His life was reduced—or should one say elevated—to monuments. This dialectic of reduction and elevation is worth noting because it manifests that salient
property of the fetish—to register the representation rather than the being represented, the mode of signification at the expense of the thing being signified.
Thus petrified, the statues, and even more emphatically the drawings of the statues, harvest a certain magic of death sustaining a concordance between meta-
imagery and spirit-power.”

– Michael Taussig, from “The Infinite Melancholy” in The Magic of the State. 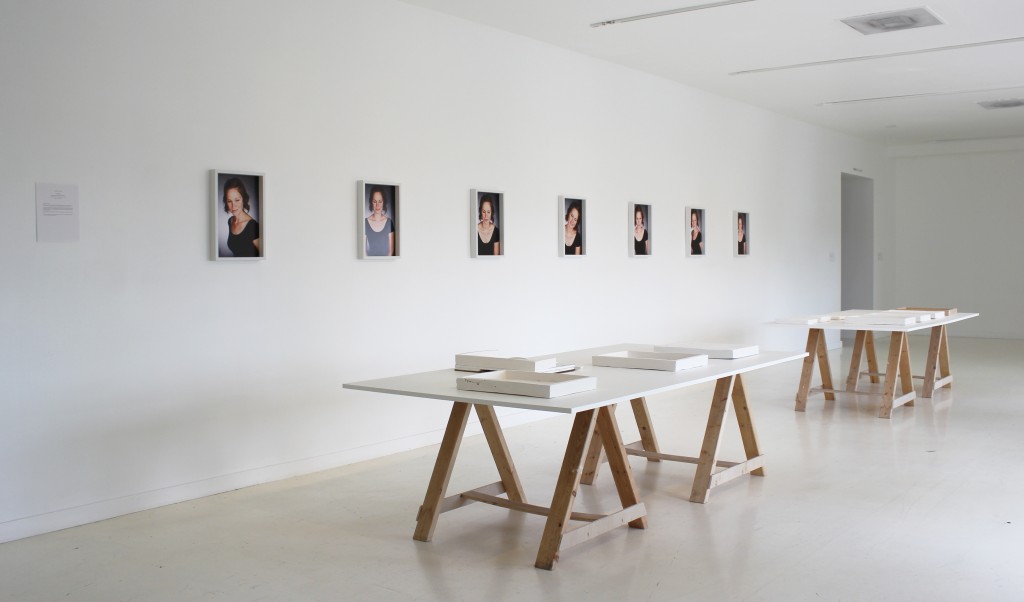 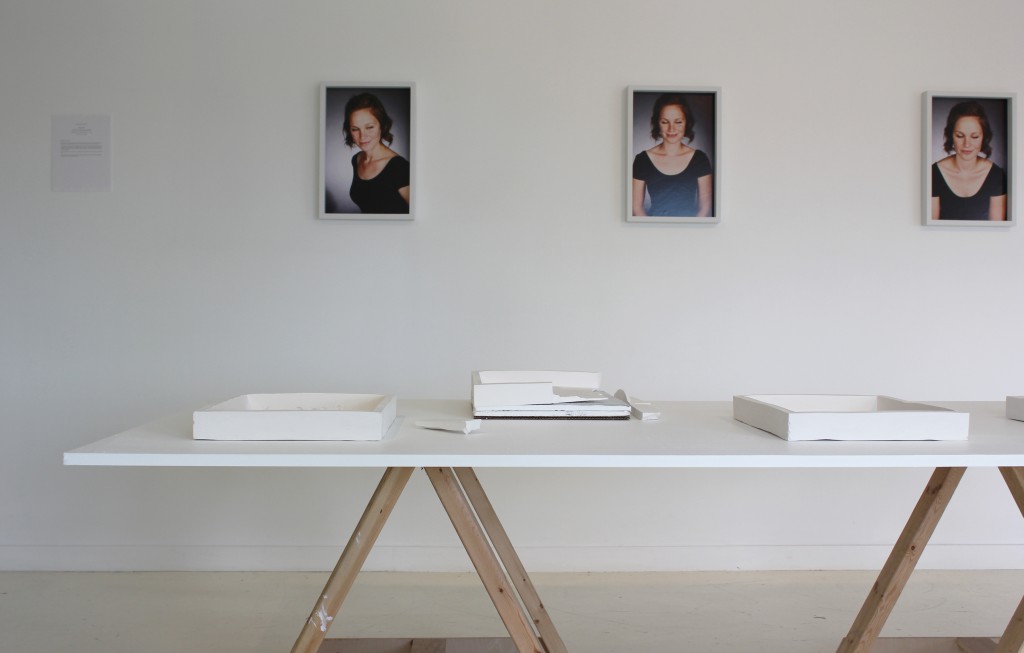 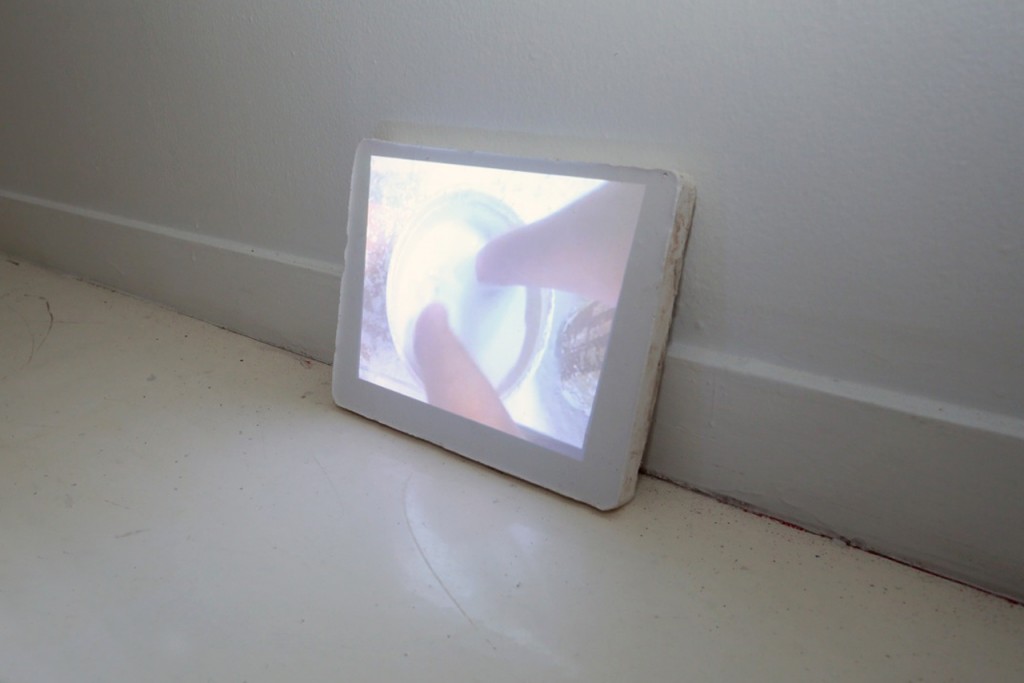 Untitled (The A Effect)
Video projected on to plaster. 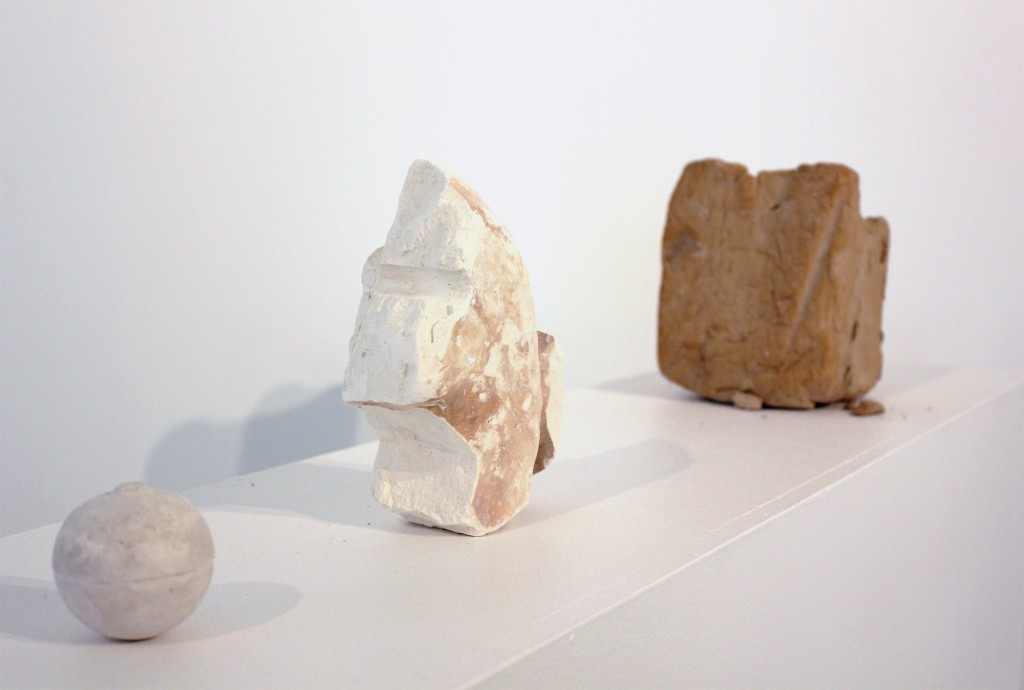 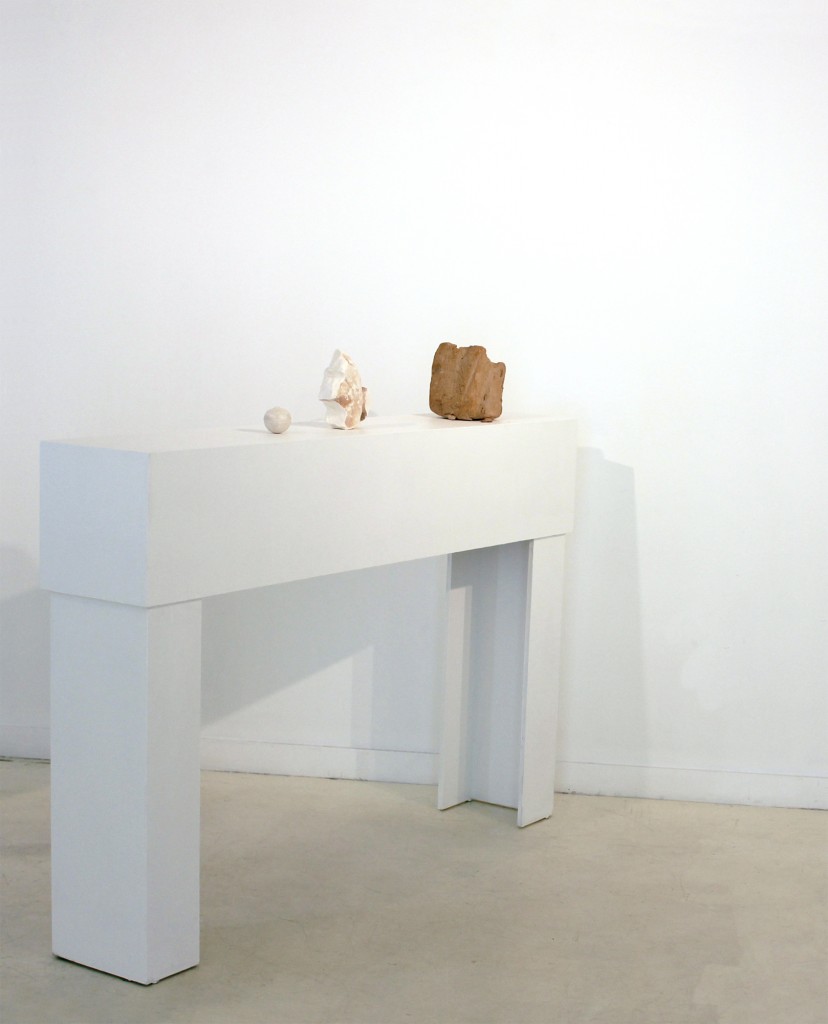 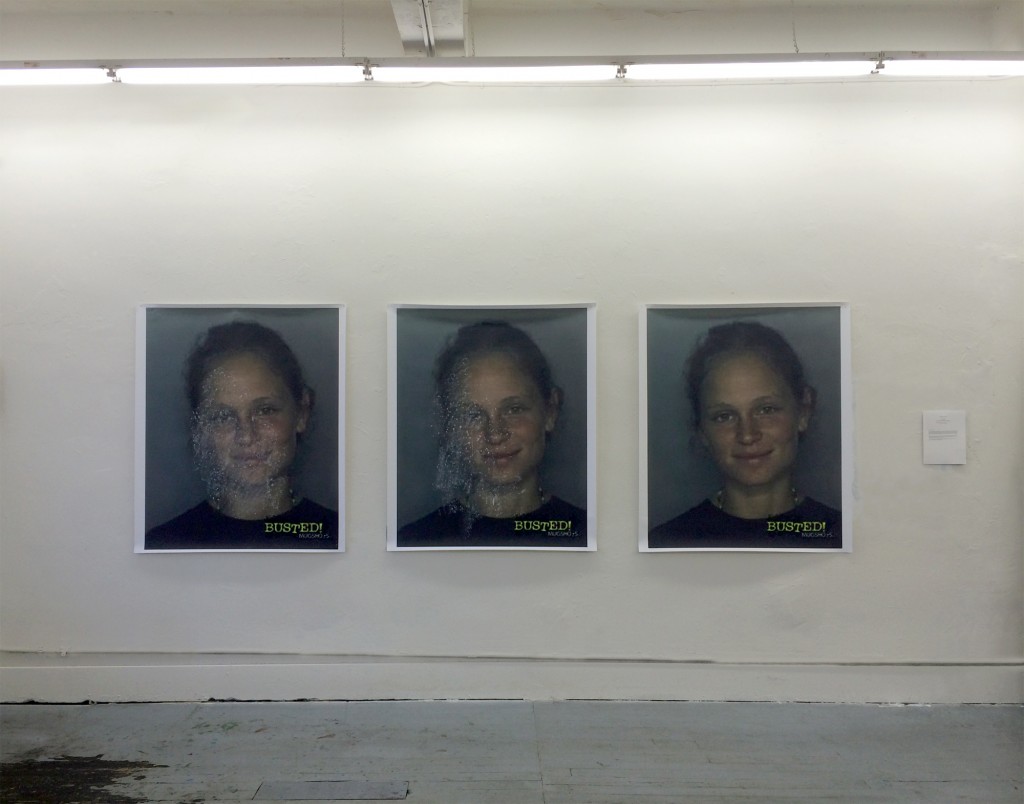 A Narrative of An Artist Exploring Capitalism, Part I,
An edition of enlarged mugshots appropriated from bustedmugshots.com accompanied by a narrative press release. Two are marked using a plaster piece from The Magic Mountain. 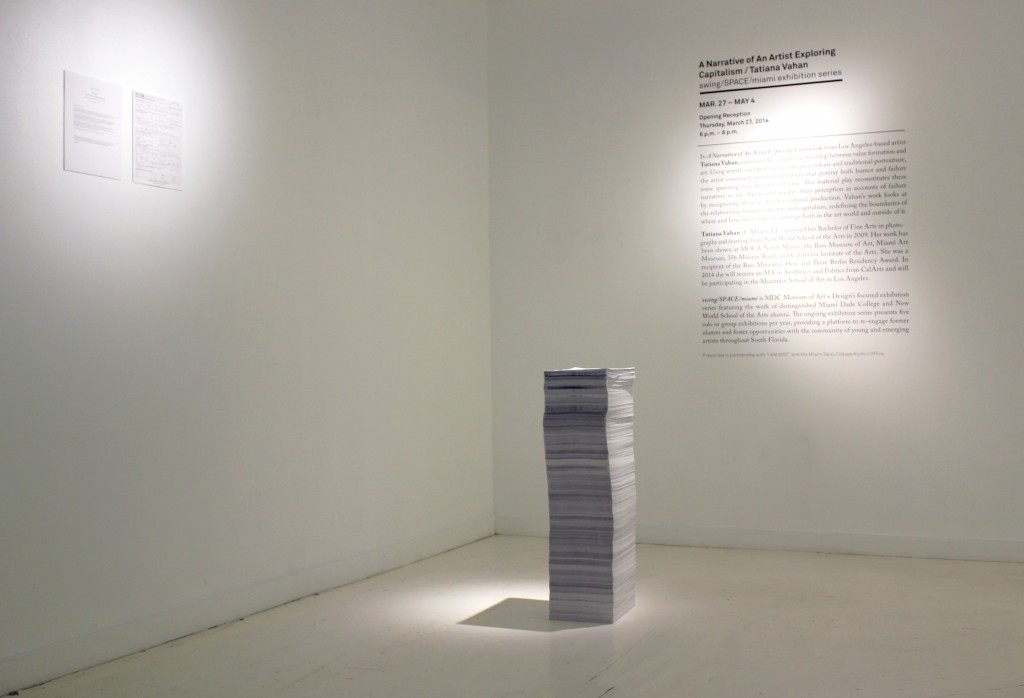 A Narrative of An Artist Exploring Capitalism

(Solo exhibition at the MDC Museum of Art + Design in The Freedom Tower, Miami).

Michael Taussig writes of the Cult of Maria Lionza, whose members travel to a mountain in Venezuela in order to become possessed by the spirits of past wars namely by Simon Bolivar. Taussig uses his anthropological observations of the cult and its rituals to discern the transmutation of things like Bolivar into a god, an allegory for State and commodity fetishism.

In the exhibition A Narrative of An Artist Exploring Capitalism, I practice entering the objects from my own narrative onto the art world’s stage. Focusing on narratives of failure — a night I was arrested and charged with strong armed robbery, a minimum wage job I attempted to gain before grad school but couldn’t, the outtakes from my headshots taken for an audition I missed — all enter this new context and gain new forms of value. They become redeemed failures, like Duchamp’s Fountain becomes something more than an object to piss in.

Cristina Garcia Rodero’s exhibition Rituales in Haiti, is in the gallery adjacent to mine.